I have interviewed many literary journalists. Some of my chapters and articles have been about individual writers. Here are a few:

Conversations with Tracy Kidder
The author of Mountains Beyond Mountains uses a first-person narrator whose presence solves problems in the deep structure of the story.

Writing Literary History . . . The Promised Land, and The Big Test, an interview with author Nicholas Lemann
This discussion hearkens back to an earlier tradition when the writing of history was considered a literary endeavor.

“Essence of Writer:” John McPhee’s Early Training
John McPhee
McPhee started work at The New Yorker in the 1960s and still publishes there today. He has published dozens of books—all literary journalism—and forms the model for the realist branch of the genre. 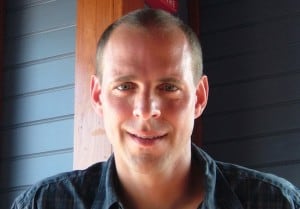 Michael Paterniti
Paterniti has published two books: Driving Mr. Albert, about a trip cross-country with a fellow who had Einstein’s brain in the trunk, and The Telling Room, about . . . well, that’s hard to explain because it has so many levels, ranging from Paterniti going to storytelling school to writing about the maker of the world’s greatest piece of cheese. I recommend reading as much of Paterniti’s work as possible. This is an interview I did with him about his article, “The Long Fall of One-Eleven Heavy,” which you can find in Historical Examples.